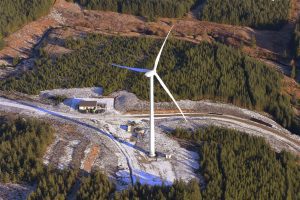 Located within the Kilmichael Forest area north of Lochgilphead on Forestry Commission Scotland land, the project was for the Balance of Plant construction of a 21-turbine wind farm (43MW in total). It included the construction of new access roads, upgrade of existing access tracks, alterations to existing access roads and bridges, a new 20m-span bridge crossing, turbine foundations and associated crane hardstandings, on and off-site control buildings. Electrical works, including installation of new twin circuit overhead line, formed part of the Contract. 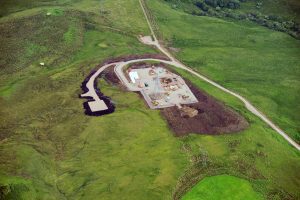 Key Issues:
• Site located on one of the busiest forest routes within the Argyll and Bute area
• Due to the remote location concrete was batched on site
• Sensitive tributaries including salmon and trout spawning and breeding grounds, and freshwater pearl mussel colonies 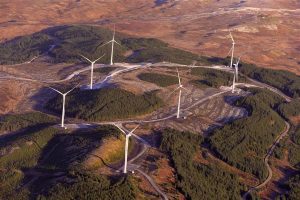